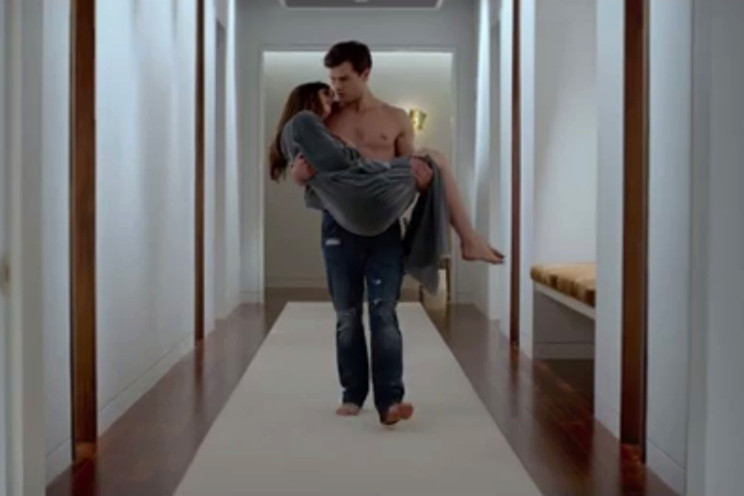 50 Shades of Grey by E.L. James took the world by rocking the box office with $94.4 million and since Forbes estimates the fictional Christian Grey’s net worth as $2.2 billion that’s barely chump change for Mr. Grey.

Social media is in an uproar over whether or not 50 Shades of Grey is an acceptable work of fiction or if it promotes domestic abuse and stalker tendencies wrapped in the sexy allure of being dominated by a handsome rich man.

In my opinion, way too much time has been spent contemplating the themes and motifs in the plot. This guy has an intriguing piece.

I have to give these people credit for being able to wade through all the blushing, lip biting, and gasping that took over 85% of this book. It took me longer to get through this book than Crime and Punishment my junior year of high-school. I was too annoyed with incestuous word repetition to contemplate the level of Ana’s character development.

Cue the outrage! This is glamorizing abuse! Everyone’s going to be abused and this movie makes it ok!

In real life, the plot of 50 Shades of Grey seems far fetched. The book makes so many sweeping generalizations I have no other option but to outline them:

So is it abuse or not? Notice how I danced around a clear response like a skilled politician on election day? It’s hard to say, it’s a work of fiction so the ending seems unlikely in real life. (Really the whole story seems unlikely in real life). BUT, final answer, no, I don’t think it’s abusive. YET (let’s remember I only read book one). I think it could easily be perceived as abusive, but as we established earlier, it boils down to consent. Ana consents to the relationship and she hasn’t been victimized, yet. There’s still two more volumes to read. Sign me up for 179 more pages of blushing and lip biting. 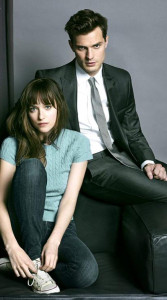