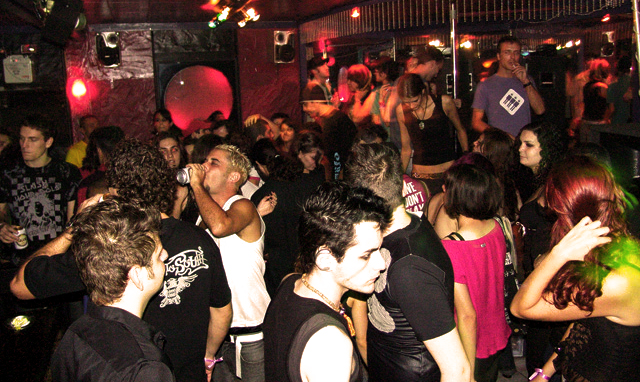 Sex parties get a bad rap right out of the gate just because of their name. It sounds a lot like a cesspool for diseases and a meeting spot for possible “shady” people. Lately, there has been a lot of speculation based on the poll of 906 Brooklyn residents from the Huffington Post. The results concluded that 9% of them had been to a sex party. We think this is a incredibly biased survey sample, unless you live in Brooklyn.

A sex party is what you think, people do go to have sex with other people and they do have sex in front of other people. Not everyone has sex, some people just go to hang out. It’s not a dirty cesspool of STDs, there shouldn’t be drugs, and it’s nothing like a mid-century brothel. The same risks are involved when you start up a new relationship with a new partner, you’re relying on that person being open and honest and telling the truth about their bill of health.

In order to have a safe sex party, it’s important to establish a set of rules, not only for the party goers, but also between you and your significant other if you aren’t attending solo. These rules create boundaries and keep things from getting out of hand.

Another set of rules (for the School of Sex’s Behind Closed Doors party) are:

You might be surprised at the amount of sex parties listed on Yelp.

It’s important to note that as more relationships change and veer away from monogamy, there’s more of a shift towards experimentation and “non-monogamy”. These non-monogamous relationships do come with advantages, but also disadvantages of more effort involved to allow for more people in your relationships.

Sex parties have all sorts of stigmas attached to them, from hygiene to moral assumptions, but the reality is that society places a certain perception on these activities and it’s not necessarily true. We’re not saying every sex party is a safe, classy place, but structured sex parties do exist.  There is room to explore your sexuality that doesn’t fit into the cookie cutter image of monogamy. It’s about doing what your comfortable with and what works for you.