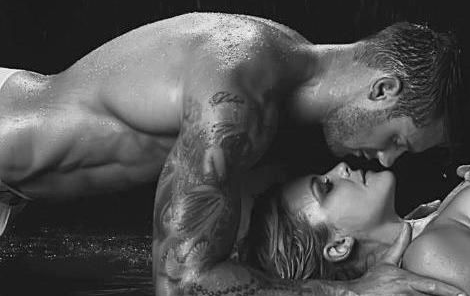 This story is about one woman coming into her own after an abusive marriage. She's feisty and ready to fight for herself. She comes from a wealthy family in Texas. Enter Hardy, a man who fought his way up out of a trailer park to make millions in the oil industry. He's always looking to prove himself. He just might be the cure to Haven's wounded heart. Are you ready for some panty-melting? This will do it. The sexual tension is stronger than the most humid, hottest day in Mississippi (sigh).

Lisa Kleypas is an awesome romance author and several of her other books, are great sexy little reads.

2. Killing Sarai (In the Company of Killers)

The premise of this story sounds a bit far fetched, but the grit and realness the author brings to the characters really won me over. Sarai was sold off to a Mexican cartel leader at a young age as a sex slave, and he runs a lucrative sex slave operation in Mexico. In order to survive she made him believe in her love for him. Victor is a a hit man, with a spotted past of his own. He's at the compound for a visit, but Sarai thinks she can use him to escape after all these years. The question is, will Victor help her or return her? This is a steamy, adrenaline rush book. And luckily it's only the first in a series of four.

Tess grew up in a foster family and has been dating the same old vanilla guy for the past four years. They are content together, but there's clearly a lack of passion. On a vacation to Mexico vanilla-boy suggests they go on a moped ride around Mexico, because hey, what better way to vacation than to travel around the poverty stricken streets of Mexico. At a shady little taco joint Tess is kidnapped while vanilla is locked in the bathroom. She's sold into sex slavery and it's very graphic and terrifying. Not completely unrealistic.

She's bought by a man named Q and transported to France. But is he trying to infiltrate and bring down the sex trade? Or is he just a kinky, smoking hot billionaire looking for a sex slave?

Axel is the first book in the Corps Security series. These books do have a bit of cheese, but the steamy spot on sex scenes definitely make up for it. Izzie is another woman fresh out of an abusive marriage (maybe there's a theme here in my tastes), she's struggling to deal with the aftermath of being alone. While she's out for the first time in a long time, she runs into the man who first stole her heart and then left her. She immediately crumples as if she's seen a ghost. It's been 10 years, and Izzie thought Axel was dead. His mother had told her that he was dead after his stint in the military. But here he was very much alive and sexier than ever.  Will they reconnect or should the past stay the past?

Seriously the sex scenes in this book are amazing. Worth the read.

Reese never thought she'd see Chase again. He caught her trying to get out of a bad date and gave her hell for making her poor date's life miserable. But then he had pulled a 180 and brought his own date to her table.

Reese is in desperate need of a new job. She just doesn't expect to be working for gorgeous, sexy, completely off-limits Chase Parker. They try to resist each other at first, but soon can't resist the temptation of an office romance. Will it be forever or just for now?

I've read a lot of steamy romance novels from historical to modern day to Fifty Shades of Grey. I'm all about the steamy sexy scenes, an alpha male, a strong plot and minimal cheese. The following five books are the best I have found, and you can see my gigantic kindle library full of abs to prove it.

I have read Fifty Shades of Grey and I wasn't impressed. The plot line was weak and the book was filled with blushing, gasping and lip biting. I think that repetition made up about 60% of the dialogue.

Any additions to this Top 5 Steamy Romance Novel list?